The U.S. Army is one of the largest and most important government organizations in the United States. Its function is to defend the American people from aggressors with a force of qualified, skilled and dedicated soldiers.

The U.S. Army is the largest military branch within the Department of Defense. In the fiscal year 2017, the projected end strength for the Active Army (USA) was 476,000 soldiers; the Army National Guard (ARNG) had 343,000 soldiers and the United States Army Reserve (USAR) had 199,000 soldiers; the combined-component end strength of the U.S. Army was 1,018,000 soldiers and 330,000 civilian employees. Army military personnel participate in conflicts worldwide and are the major ground-based offensive and defensive force of the United States Armed Forces.

from Spider Strategies to manage performance in support of strategy.

The U.S. Army required an automated software solution to enable leaders at all levels to manage performance in support of its strategy. To control costs, the solution had to be capable of meeting needs at an enterprise level - to avoid multiple organizations and commands from having to implement isolated tools that would ultimately prevent connected visibility across the broader organization.

To deliver an automated and enterprise-wide solution, the U.S. Army would also need to overcome the common obstacle of effectively linking and aggregating data from across many distinct databases -located both within and externally to the enterprise.

The U.S. Army selected Spider Impact to power the Army Strategic Management System (SMS). SMS provides a framework/methodology and an automated tool to deliver strategic assessment capability and to support the Secretary of the Army and all subordinate organizations and commands.

“SMS data, dashboards, and performance trends provide an enterprise-wide transparent Common Operating Picture that serves as a continuous feedback loop and azimuth check to help answer the questions: 'Are we doing the right things?' and 'Are we doing things right?'” said Gaston Randolph, Director of Strategy Management, Office of the Surgeon General.

The underlying Spider Impact software from Spider Strategies enables the aggregation of key performance indicators from multiple functional domains to deliver a strategically-focused representation to the Army's Executive and Command Leadership. With more than 28,000 users of the SMS solution, the U.S. Army has over 177,000 dashboards in use tracking over 7 million data points. With the use of Spider Impact, SMS can consolidate input from the various Army authoritative data systems into on-demand dashboards that compare functional and operational performance to predetermined targets.

With the implementation of Spider Strategies’ Spider Impact solution, the U.S. Army aggregates mission execution information up to the Secretary of the Army level.

SMS’s value and cost savings potential for the Army is significant and proven. By enabling commands to use the same performance management software, SMS is more economically sound and productive than having each organization purchase their own system. SMS has unlimited licenses, server hosting, configuration management, helpdesk, training, and system administration capabilities currently in place and in operation within its current budget.

We needed a solution to provide a structured way to measure the Army's performance and clarify its priorities. 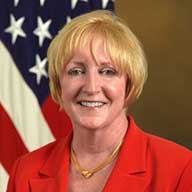 Through its Strategic Management System (SMS) and its implementation of Spider Impact, the U.S. Army has successfully addressed its challenge of connecting to disparate data systems across various commands to deliver needed information to its decision-makers.

Use of a common user interface across commands allows for an enterprise-wide understanding of the visualizations and information to drive alignment.